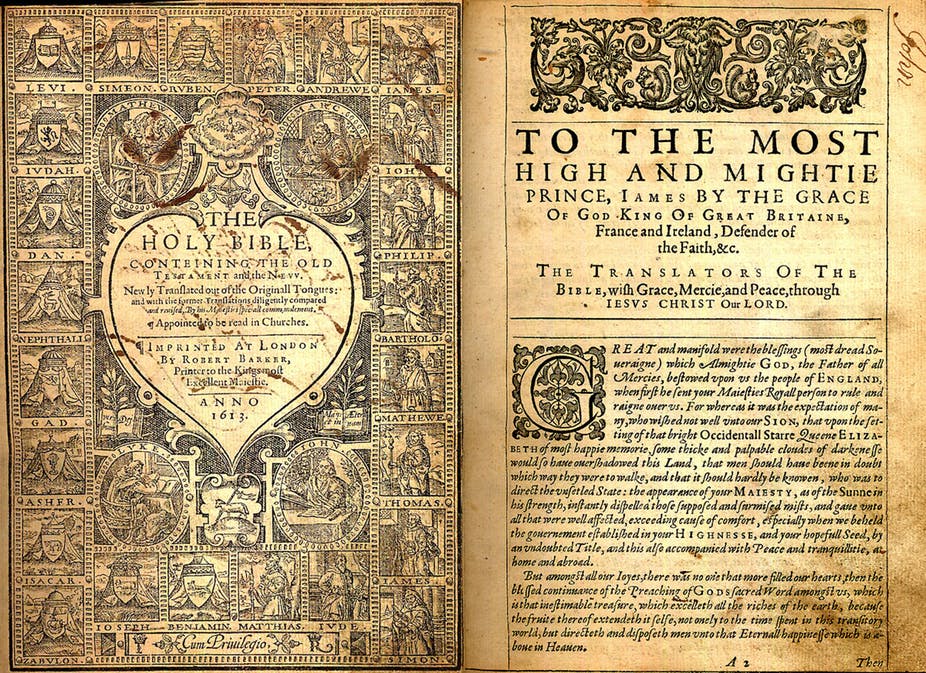 Many have shaken off King James as being antiquated or too hard but with this blog post I want to show why that it is still culturally relevant as well as simpler than Shakespeare. The King James Version of the Bible is certainly still an excellent version of the Bible–and dare I say–perhaps even the best? Here are four Reasons why:

“Wherefore gird up the loins of your mind …”

Peter is talking in this chapter of the “trial” of faith that every Christian must endure in the “heaviness of manifold temptations” that the Christian experiences during his “time of … sojourning” on this earth. In other words, at least “for a season,” we are to see ourselves in a personal battle against the evil influences of this world. And to express this, Peter uses a word picture of the soldier preparing for war.

Here’s the text with which a particular modern translation replaces (not translates) the Greek:

“Therefore, with minds that are alert and fully sober …”

This is a terrible way of rendering this passage! It simply does not pick up all of the meaning of the original metaphor. It can’t.

Removing the poetry of the Bible, far from making it more understandable, does the exact opposite. This is why good writers like C. S. Lewis use frequent metaphors. People who write with clarity use more, not fewer, metaphors.

Many modern translations are works of linguistic taxidermy. They claim they can deliver to readers a Bible they can understand but they’ve taken something that is living and made it dead. I rather think they are more like paraphrases. But if one could argue they are real translations, then they’re real dead ones—stuffed and mounted for our hermeneutical convenience by scholars who don’t know the difference between a living and a dead language.

The translator of 1611 wrote with a pen of iron, and with the point of a diamond. The modern translator writes with Word, published by Microsoft. And it shows.

Memoria Press has an amazing Christian Studies Curriculum for all ages based on age appropriate content taken directly from the NKJV. As the children progress and get older they memorize scripture, study pertinent maps from the Bible story, look at difficult vocabulary, etc. It is really an incredible study. One of my favorites.

Here is a Youtube review I did on the Golden Children’s Bible which is used in the 3rd-8th grade MP Christian Studies Curriculum: https://youtu.be/6yAosirx9tc

A Beka also has a wonderful King James Version Christian Studies Curriculum. They use what they call “Flash-a-cards” and each very well done picture goes with the teachers scripted narraration. That’s the part I didn’t love. If you don’t know the Bible well you’ll end up just reading every word. Some things I didn’t completely agree with theologically so I just skipped over that bit. But the pictures, the KJV memory verses, the hymns are all coordinated to the curriculum. You could just opt to read the Bible verse passages, they are listed on the flash-a-cards but the narrarations are a nice retelling.