The Children’s Nature and Culture Club

Organized by Pauline Abello, Director of

To glorify God through exploring His creation and God honoring cultural experiences.

In nature outings we will explore numerous locations throughout the state to see and study firsthand what we are studying in classes at Excelsior  We will visit sites that will help us further our studies of mammals, astronomy, insects, birds, trees, Biology, Chemistry, and Physics.

This has a two-fold intent 1) to explore the earth that God has given us and delight in His magnificence through enjoying his creation and 2) to learn more about the earth so we can fulfill our God-given command to “subdue the earth” (Gen 1:28).

Our founding fathers thought the knowledge of agriculture was so important classes for farming were taught right along side latin classes.  So many children today have never even seen a vegetable garden and have little or no firsthand knowledge of how to grow plants. Our children will.

In cultural outings our goal is to teach our children the Godly values and traditions of Western society (leaving the ungodly ones behind) so that these values may be preserved for future generations.  In doing this we hope to expose them to a feast of the arts for broadening their minds, enjoyment, and worshiping our Creator.

The Mascot and Meaning 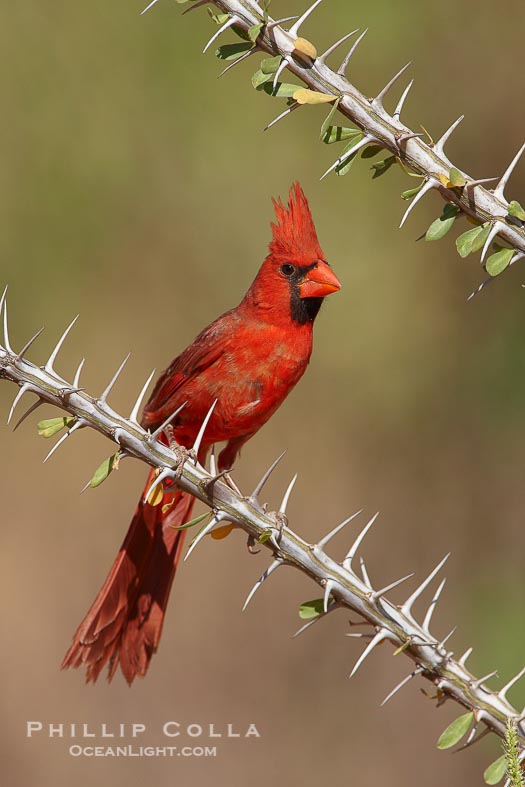 Our mascot is the Northern Cardinal, a beautiful red bird that graces our state with their rare sightings.  But more than their beauty, the word itself, “cardinal,” has a great history and depth of meaning that really spoke to me.

The word cardinal can be traced back to the Latin adjective cardinalis, which at first meant “serving as a hinge.” The root of this word is the latin noun cardo, meaning “hinge.” Since a hinge is the device on which a door turns, the noun cardo also came to be used for “something on which a development turns or depends,” or in other words, “something very important.”

How fitting a meaning this is.  This is exactly what homeschooling: it is “something on which a development turns or depends.”  Or in other words “something very important.”  We are training up our children in the way they should go so that when they are old they will not depart from it. (Proverbs 22:6).  Our nature and culture club will be the practical, real life “exclamation mark” to all the book learning we have been doing at home.  And what a joy to do it amongst the fellowship of our brothers and sisters and Christ!  We are blessed to have you join us in our adventures!

Continuing in the word study (if you are like me you might be still wondering how cardinalis went from a meaning a hinge to meaning a specific bird- so let me not keep you sitting on the edge of your seat!), the use of cardinalis meaning “something very important” eventually took on the meaning “very important, chief, principal.”

This is where we get our use of the word cardinal meaning chief, central, or essential.  Such as a “cardinal rule” is one that is essential or key; “cardinal numbers” (like 1, 2, 3) are essential and the ones you learn first.

Later the Roman Catholic Church made use of this adjective in referring to principal churches and priests. By the late Middle Ages the word cardinalis had come to be used for “a clergyman of the highest rank, next to the pope.” When borrowed into English, cardinalis became cardinal. Then other senses of the word developed. A cardinal’s robes are a deep red color, and this color influenced the naming of a type of bird whose color was like that of a cardinal’s robes (scientific name Cardinalis cardinalis).

Cardinals are special in AZ because they usher in the winter season, one of our favorite seasons here.  At our ranch in Wittmann, every winter, a red cardinal would come and hang out and eat the cat food we left in the cat’s tree perch.  It was always magical and exciting to see this rare sighting.  And it only happened during winter.

In later years I grew sunflowers, which my cardinal liked very much.  I don’t know if it was always the same cardinal, I just guessed that it was.  And I do think he was the only one because we never saw more than one at the same time.  One year he didn’t coe alone, he had found himself a mate.  The females are light brown and red colored so it was easy to tell the difference.  I would always see them together.  With the constant supply of their favorite food (sunflowers) they would stay for longer periods of time.  To this day they are still my favorite bird. 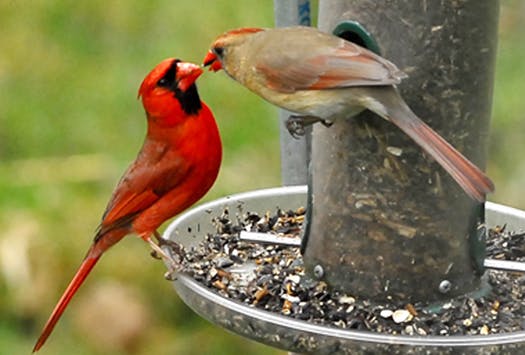