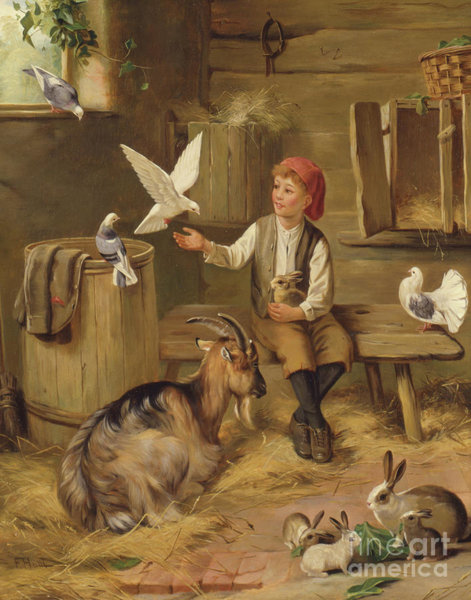 DISCLOSURE I am a classical homeschooling mom of 7. You can trust that any referring links to external products on this site are only from products I personally use and love. I may get affiliate compensation for the links I use – if you want to click on the links – awesome – it's kind of like a “tip jar.” But if you don’t want to click on the links that’s absolutely fine too. I just want you to know I value complete honesty and integrity and I would never link to something that I haven’t tried and tested with my own children.

This post is for all the mamas of “Wiggly Willies” out there. You know the type. Often distracted, love to cause a ruckus, hard to get them to sit still to do school, full of energy, jeans always have holes ripped in them, constantly messy and dirty, a tendency to break things due to forgetfulness and lack of carefulness, Huckleberry Finn/Tom Sawyer types. You got one? I sure do. The Lord has blessed me with him. For all of his perceived “weaknesses” (on any day a few of the above character traits maybe drive me a little bit up the wall) it also teaches me patience and builds character in me. And he is full of strengths too. A natural leader, boys are naturally attracted to him, a good boy full of love and compassion and a really big heart. He is a strong, hard worker too.

But what does any of that have to do with goats and latin? Don’t worry! I’m getting there! It has a lot to do with it because I firmly believe boys like this readily need their daily dose of sunshine and dirt. It wears them out a little. Even before school starts if you can, get them outside and worn out works wonders. Having them have regular work is so good for them too. So our boys get up and do farm chores in the morning (even in the middle of the big city!) We found a place that had a 1 acre backyard and snatched it up. So we have four goats and two of them are in milk. This is great work for a Wiggly Willy.

We have two incredible milk goats. Together they give us a gallon a day. They are French Alpine goats from great breeding stock and we are very proud of them and blessed by them. But there’s this thing about goats–they need to be milked early. And consistently. If they are milked late or not at the same time they start to lose milk.

This morning I looked outside and saw bright shining glass all over the goat pen. He had taken a glass gallon jar outside (which I don’t like him to do) and it shattered all over the ground and he forgot it and left it. He gets sidetracked easily and the goat knocked over the milk pail and so we lost a quart of milk. Yesterday the goat put her head in it and he had to dump it out!

My husband explained to him that it was due to him being so distracted. Every time he comes out and checks on him (which is maybe once a week) he’s not even looking at the goat he’s chatting it up and having a good ol time with his brother. The picture above is actually a pretty good representation of my son! He should be diligently milking…but instead we’re distracted and frolicking with farm friends! So now the one goat is only giving a quart of milk a day because the distractions have caused milking to take too long and she’s not getting milked until way later. Too much later.

So he’s going to have to learn. Thankfully these are life lessons that aren’t too severe. I don’t like the family having to lose a quart of milk because of his lack of care but he also recognizes his error and doesn’t take it lightly. He was made to pick up the glass (he just forgot). He is learning. But the process is slow and not terribly effective because I really need to be out there training him and working out the bad habits daily. But….I also like to sleep in.

So this is where Latin comes in! If you’ve waited this far kudos to you! You are a patient person! Thanks for following my ramblings! So Latin has many, many benefits as I have outlined before but here is one I don’t think I’ve mentioned: latin is a discipline. We are training our children to be disciplined, to follow through, and to do hard things.

Children now a days don’t get that challenge very often. They might in a sport with a coach, so much of that is mental. But here is one you get to do together – latin! Wiggly Willy will bring me his latin assignment and say something to the extent of: “I need a little help, I’m not sure how to translate this sentence.” We’re in Fourth Form Latin now, so we’ve been doing this together for several years now–so he readily knows what is expected of him and….I’ve learned his habits shall we say.

I can see the problem right away is lack of memorization. 99% of the time latin is hard for a student because they have failed to memorize their forms or their vocabulary. They may have learned the lesson, they may have recognized the vocab or even written it once, they might have even limped through the lesson, but if they do not commit each new lessons content to memory and master the subject matter it will come back to haunt them.

So I ask him, “Did you start the lesson with practicing your forms and your vocabulary cards?” Had he done this his mind would have been refreshed on the sentences on hand that he was presently trying to translate.

He looks down realizing his error, “No. I forgot.” Because this has become a repeated mistake (just choosing not to remember, choosing not to care – if I had told him he could play a video game for 10 min before Latin he would remember that! ) In life we have to remember to do things we may not want to do. Things have to be important to us even though they are not what we would like to do.

I chose to give him additional work in writing out his forms and flashcards. He has gotten to where he won’t know forms or vocab for chapters and chapters and all of latin has to stop and he has to take a week to memorize what he should have done bit by bit (this was an excellent lesson in cleaning his room too by the way. It is just like latin vocab! You let it turn into a huge mess over the course of a week it takes an entire afternoon to pick it up. But if you just take a moment and put things away you’ll have a free afternoon at the end of the week).

Latin presents me with an opportunity to teach him diligently the mental plower of discipline. Discipline is built time after time showing up to do hard things. Discipline is the ability to give ourselves a command and follow it! Even if we do not want to. And it doesn’t come naturally to anyone. It must be trained, and like a muscle, it must be built and maintained.

And then it is a beautiful thing when he gets to see the reward of his labors! He gets so excited to read Caesar’s writings in the original language that he penned them in. He can read paragraphs of Caesar like he was reading a book simply written in English! It is incredible and he feels the triumph and pride of seeing the fruit of his hard work.

Latin affords me these teaching moments to teach him discipline. And certainly math does too. But there is not as much memorization in math. Or at least not in the level where we are at nor as routinely. And certainly milking goats teaches discipline too. But I am having much more success with teaching discipline through latin because it does not require me to be up at 5:30 in the morning! Latin affords me these opportunities at 9am so I’m going with that! Still hoping he’ll figure out the discipline of milking goats on his own! And I’ll keep reminding him too. But I may also have to be okay with the goats giving less milk than they should. There are some things that I’ll wake up at 5:30 in the morning for….but an extra quart of milk isn’t it! I’ll keep you updated and let you know how it goes!

How do you teach discipline to your children?

One thought on “Latin and Milking Goats go hand in hand”