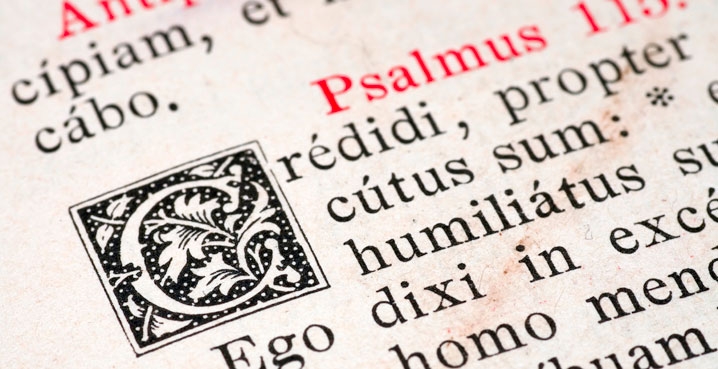 This is the question that every parent or student asks themself at one time or another.  Isn’t it a dead language? What use is it today? Let me give you some great reasons to learn latin– especially in the way that we are learning it – through studying Scripture.

I would make them all learn English: and then I would let the clever ones learn Latin as an honour, and Greek as a treat.

The GREATEST Reason: Latin is a JOY

“I make it a rule never to read translations where I can read the original.”

“Indeed, no translation can be [an adequate representation of the excellences of the original].”

‘To read Latin and Greek authors in their original, is a sublime luxury. I thank on my knees him who directed my early education for having put into my possession this rich source of delight; and I would not exchange it for anything which I could then have acquired, and have not since acquired.’

Latin Takes Your Brain To A Higher Level

There is a reason that some of the greatest, immortal and memorable orators and writers the world has ever known knew more than one language – and one of those languages is Latin.  It creates a depth to a person that others don’t get to experience. It creates a discipline that others never endured. It unlocks a world understood only by those who have seen and felt the joy of translating a work.  It is like locking arms with the author and reading their thoughts in their entirety.

‘Hardly any lawful price would seem to me too high for what I have gained by being made to learn Latin and Greek.’

‘In company with Sallust, Cicero, Tacitus, and Livy, you will learn wisdom and virtue. You will see them represented with all the charms which language and imagination can exhibit, and vice and folly painted in all their deformity and horror. You will ever remember that all the end of study is to make you a good man and a useful citizen.’

Latin is still the gateway to higher learning.  Nearly 80% of all our words in the English language come from Latin.  In the field of science, it’s closer to 90%.

“It may be truly said that the classical languages are a solid basis for most, and an ornament to all the sciences.”

Understanding Latin unlocks so much of science.  It makes science so much easier.

Learning latin is the best way to learn grammar.  It is simpler than English.

Learning latin will help you use and understand our language in a greater capacity since most of our words have their roots in Latin.

I will say at once, quite firmly, that the best grounding for education is the Latin grammar. I say this not because Latin is traditional and medieval, but simply because even a rudimentary knowledge of Latin cuts down the labor and pains of learning almost any other subject by at least 50 percent.

[Latin] forms an excellent mental discipline, and is admirably adapted for sharpening the wits, strengthening the memory, and cultivating the judgment, thereby increasing the student’s general capacity for work ; whilst from Latin, more than any other language, can we gain a knowledge of the general laws of grammar, upon which all languages are built. But the main advantage to be derived from a knowledge of Latin is the immense assistance it affords us to a correct spelling of English. In fact, it offers us a complete key to the spelling of a large number of the very words with which children and those unacquainted with the grammatical structure of the Roman tongue experience most difficulty. At least ten thousand words in the English language, many of them in common use, are of Latin origin, and cannot readily be understood by those ignorant of the originals; whereas a slight knowledge of Latin would give a clue to the root- words and the prepositions by which their compounds are formed, and lay bare their meaning at once.

Latin can help get you into college:

“Because so few students these days master Latin, it can help an applicant,” said William Fitzsimmons, Harvard’s dean of undergraduate admissions and financial aid, in this Bloomberg article. “We certainly do take notice,” Fitzsimmons noted, explaining that Latin would have excited an admissions officer 38 years ago when he began his career, and “such a student today would be even a greater rarity, standing out even more,” he said. “It can end up tipping the student into the class.”

Studying Latin can help even if you don’t have top test scores and grades. Andrea Thomas, Assistant Dean of Admission, Hamilton College said, “I was particularly impressed by a student with average test scores and grades who had taken Latin throughout middle and high school. We ended up offering the student admission, and I think it is fair to say that it was his commitment to Latin that tipped the scales.”

Learning Latin requires abstract thinking and hard work. Colleges know this. When asked what he thinks when he sees Latin on a high school transcript, Michael C. Behnke, Vice President for Enrollment at University of Chicago, said, “This student is likely to be disciplined, have a strong basis for further learning, [and] be a little more creative toward intellectual pursuits than most.” You’ve chosen Latin. You’re different.

For students wishing to take the Latin AP exam knowing and translating Caesar and Virgil is essential.

When is the best time to learn latin?

Anytime!  But there is certainly an advantage to learning while you are young.  As children, languages are learned and memorized easily. Also, as you grow older it becomes harder to find the time to fit it in.  It’s like learning piano as a child or trying to find the time as an adult with all your responsibilities – it certainly makes success more difficult.  Thomas Jefferson weighs in on this matter:

“To whom are these [classical languages] useful? Certainly not to all men. There are conditions of life to which they must be forever estranged, and there are epochs of life, too, after which the endeavor to attain them would be a great misemployment of time. Their acquisition should be the occupation of our early years only, when the memory is susceptible of deep and lasting impressions, and reason and judgment not yet strong enough for abstract speculations.”

What if my older child is just now starting latin? Where should I begin?

Take a look at this chart and see for his or her grade level what the recommended sequence would be:

Latin Is Alive And Well!

Latin and Greek are not dead languages. They have merely ceased to be mortal.

Latin is both a classical and a liturgical language, a dead language that never died. By this we mean that while Latin may not be the native language of any community, it is still spoken (even if only by a few) and is commonly studied and read for a variety of compelling, beneficial reasons.

Latin also has not died because it was reborn. In being born again it produced the Romance languages, such as Italian, French, etc. Nearly 90 percent of the words of these languages comes from Latin! English is not much different. Nearly half of our English words come from Latin. So, no, Latin is not dead. Latin is still very much alive—it lives on in the English language now, demonstrating itself with every other word you speak. I hope you enjoy studying Latin as much as we have. Latin is an adventure and a journey worth taking, a treasure and a reward all in itself!

Leave me a comment below and tell me where you are in your Latin journey and how it is going!