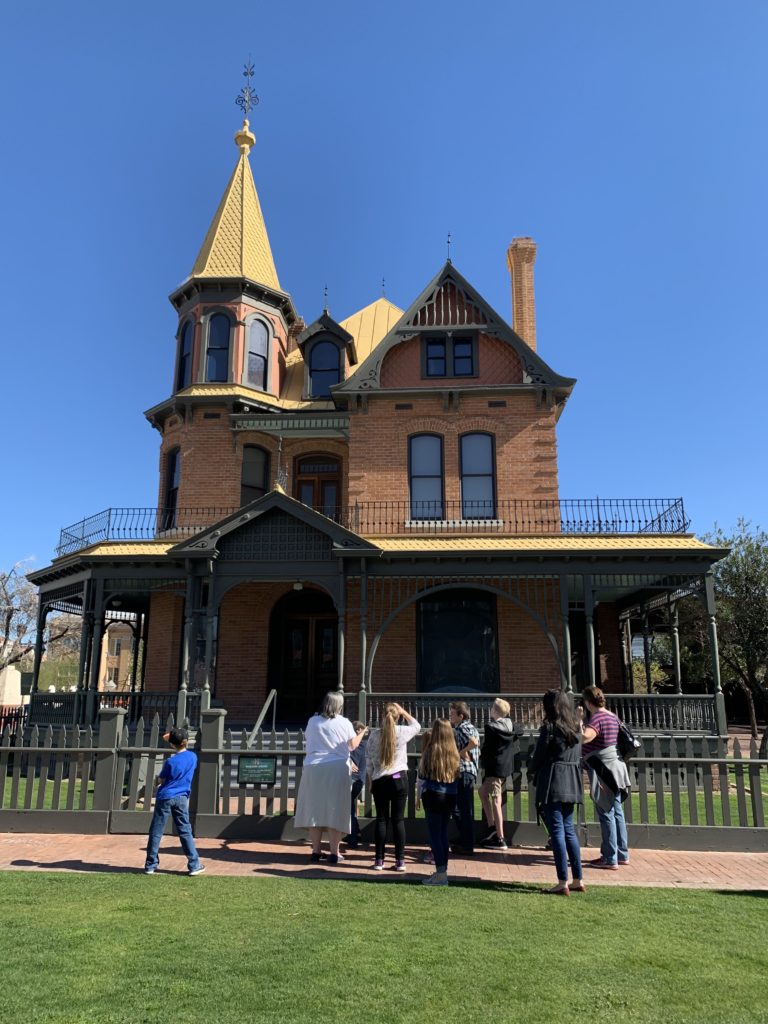 The book above was a recommendation by the docent that gave us the tour and I absolutely loved it. Such an easy and delightful read. Vanished Arizona is about a New England woman who marries an army man and they are stationed out here in AZ to control the indian “problem.” This was while Arizona was a territory and the indians had been forced onto reservations, many didn’t want to go, they would hide in the mountains, etc. They could be very violent to pioneers and military alike, so the military was called in to quell the violence. Her memoirs do go into some of the violence.

Her story begins up north near Camp Verde, Sedona, and Prescott (she moves quite a bit) and later is stationed down near Scottsdale. She even went to Tucson and Yuma. It was delightful to hear her descriptions of all the different places I have known and grown up in all my life, as she traveled around from fort to fort by horse and wagon…with babies and toddlers in tow! Also enjoyable were her recollections of how she battled the HEAT in the valley (in sum–she hated it!) But once she left AZ she grew to remember and miss AZ with fondness. When she would come back some 10 years later and find Arizona to be very, very different (ice was being brought in!) and felt that the AZ she new had quite vanished. If only she could see it now!

I recommend getting a map to follow along as you read, I googled a lot of the places she mentioned as some were not easily found on apple maps since names had changed.