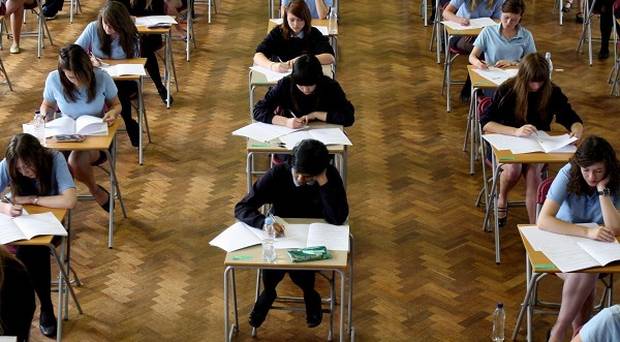 Here in Arizona I feel extremely blessed NOT to have to take standardized tests. And by standardized tests I am not talking about the PSAT, SAT or ACT that get you accepted to college, but rather the ones we all had to take during our school years that teachers would prep us for and then it took over a day to administer. And every year it seemed like they added more and more tests. Those ones.

However, even though we are exempt in AZ, I still know many homeschoolers here who volunteer to take standardized tests. For myself personally, I have released all need to “compete with the standardized norms.” There was a time when I was so concerned that my children were performing on par or ideally better than public schooled students (after all, we should be better, right?) and then I realized that so much of what they are learning can not be measured on a test and the things that could be measured on a test, most standardized tests aren’t asking those questions! They aren’t asking how to translate a latin sentence. They aren’t asking my child about their Bible history knowledge. They aren’t asking them what caused the Grandfather’s conversion in Heidi. To me, those are all the really important things.

You also have to think about the people who are writing these tests. SO much of the tests are completely subjective. It’s not all math, where there is only one answer. Some of it is completely made up by the test writers. And sometimes they are completely wrong. Sara Holbrook is a poet whose poems made it on to a standardized test. When she tried to answer the questions about her own poems she failed! Two years later another testmaker used her poems and she took the test and failed again.

At the end of the day, I just ask myself why? I feel like our days are so full as it is, to yet take time and study for a test that doesn’t matter or do anything and isn’t even indicative of the best things that we are learning just feels like a total waste of time. I know how my children are doing. I teach them every day. I know their struggles and strengths and weaknesses. I don’t need a test to tell me that. I know where I want them to go in their learning and I have the tools to take them there. Thank God for homeschooling and the freedoms we have! God bless America (and Arizona!)

If you must take standardized tests per your states requirements check out this great article from HLDSA on “Testing” – it’s full of a ton of great resources.

Now here’s a couple tests I can recommend–want to know how your child is doing on Latin? Prepare for the National Latin Exam. Studying for NLE would only actually further enhance what we are already doing as classical educators! It covers not only latin but also Roman culture, history, mythology, and geography. More about the National Latin Exam can be found at: www.nle.org

Also, we personally love the National Bible Bee. It is a summer long study over a Bible passage and memory verses. Some people think that testing over the Bible will create drudgery or kids will hate it but I tell you what–having experienced the Bible bee the exact opposite happens. The kids that compete love Jesus and are the most sold out for Jesus kids I have ever met. Furthermore, the Bible tells us that God’s word does not return void. You just can’t learn too much about the Bible nor memorize too much. It is God’s Holy Word, live giving and life changing. You can even participate if you plan on traveling and you don’t have to take the test. I highly recommend!

What about you? How have standardized tests affected you? Any recommendations?